Based on the question what is, in our opinion, the best stuff in bike-movies TRAILVOLUTION is a movie about trailriding. TRAILVOLUTION shows different types of trails, starting from the „typical“ bike-trail in the woods and ending up in riding parks and former industrial sites, believing that at last every piece of dirt you touch with your tires is a part of your trail and that everything has the potential to become a trail for biking.
TRAILVOLUTION can be seen as some kind of experiment, trying to figure out how far you can get in producing a bike-movie when having zero budget but a crew of motivated friends and a little support from a local bike shop.
Our aim is to produce beautiful images making you want to go out for a ride and putting a smile in your face on each of these rainy winter afternoons.

Brought to you by Metal Motion Bikes.
http://www.metalmotionbikes.de 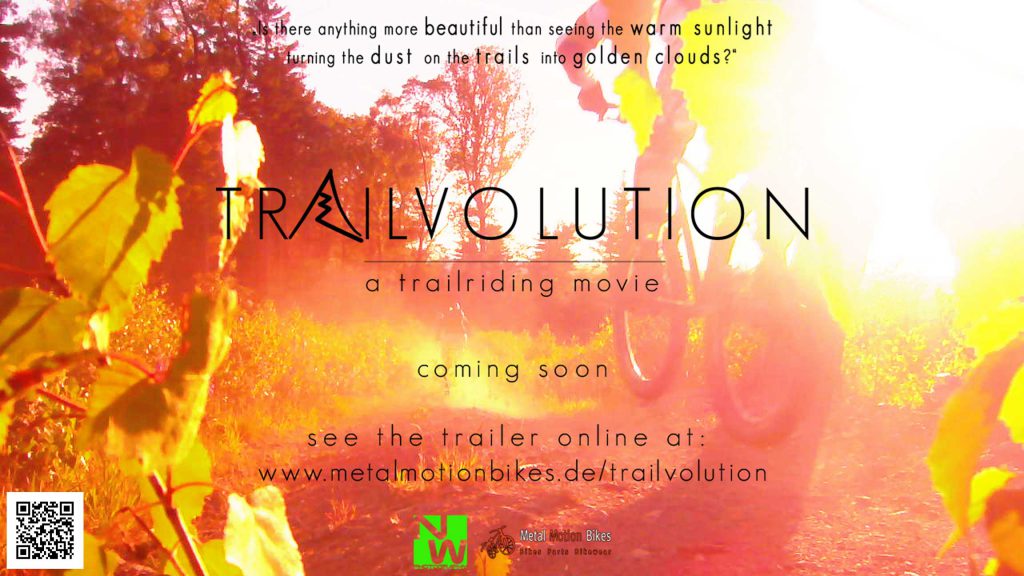